“History is not always about war, it’s about the beautiful mind who created monuments.”

Traveling from Delhi to Jaipur is like a voyage from Mughal kingdom to Rajput kingdom. Delhi was mainly ruled and established by Mughals whereas Jaipur had hold of Rajputas who established the city Amber which was later known as Jaipur.

Jaipur is known for numerous forts but the major one is the AMBER fort (Amer fort) which comes first while entering Jaipur from Delhi through NH-8. The fort lies at outskirts of Jaipur and its first glimpse amazes everyone.

Stepping into the fort from Dil Aram bagh, on left side Kesar Kyari garden on bank of Maotha lake is a stop point for every tourist. Both the garden are well maintained by tourism department. All around the garden the chirping birds, pigeons on domes witnessing the different human era and the green grass on the soil giving the sense of mild cold and the lake so quite reflecting the gigantic fort in sunshine.

Then moving ahead escaping from Elephant riders to the main entrance of fort called Suraj Pol (also known as Sun gate) and there is another entrance called Sinh Pol (Lion gate) on right.

There are many path inside the fort which leads to the same place, small stairs, narrow tunnels can take you anywhere in fort which is thoughtful.

There is a secret tunnel which connects Amir fort to Jaigarh fort. Jaigarh fort can also be reach by roadway too but tunnel is the best option as it includes a bit of a trekking also. While trekking, at top a waving flag on the fort helps to find how far the fort is. And when at top the beautiful view take the breath away.

The fort is on a such height that you can see whole Jaipur through there. The Amer fort looks so good near the lake surrounded by hills that there can’t be any good place for a king to rule his kingdom from such a place.

Jaigarh fort garden is a beautiful garden made on such a height on a hill, and from inside it is well maintained and some people perform puppet show inside too. There is a rain water reservoir to overcome the supply of water in fort. 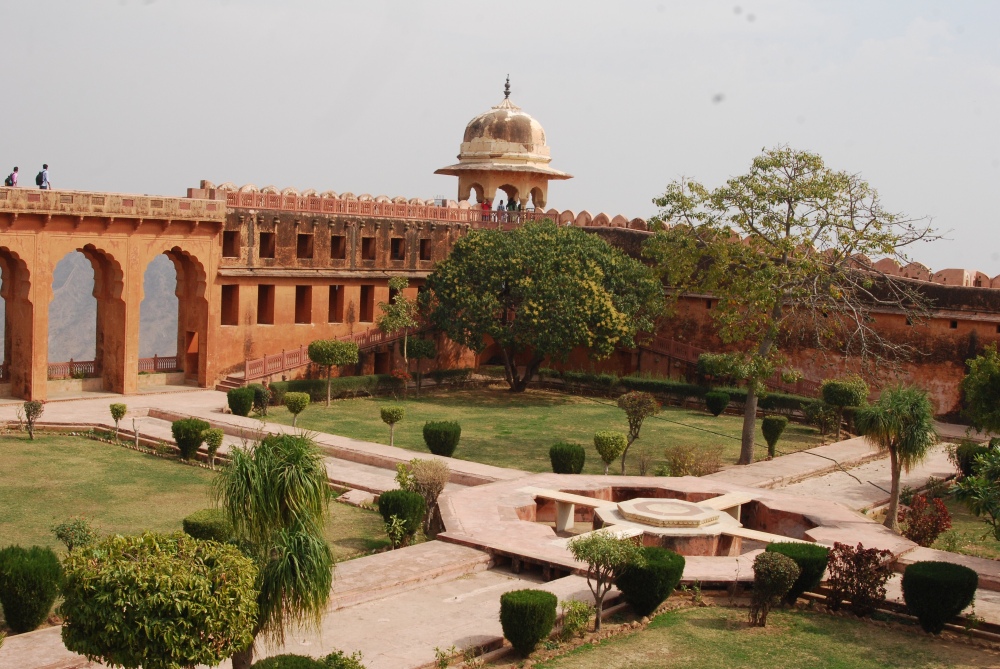 Apart from all this the main highlight of the fort is the Jaivana cannon which holds the record of largest canon in the world. There is a belief of locals and tourist guide that once for testing it was fired and the place where the cannonball fall became a small pond and it can fire up to 40 km. They also say that it use to take four elephants to rotate the barrel in different direction. But irrespective of these beliefs this cannon standing on two wheels on such a height and whole made up of heavy metal itself says it can do some heavy damage.

Jal Mahal is situated in the centre of Man Sagar lake. According to tourist guide the palace have five floors, one floor above water and remaining four below water. The king made this palace for duck hunting parties and other celebrations.

Currently tourist have no axis to Jal Mahal and even no boating, the palace can only seen from the corner of lake which is fenced on border.

Different species of birds wander around the lake which add pleasance to a quite evening walk around the lake looking towards Jal Mahal and appreciating the architecture. 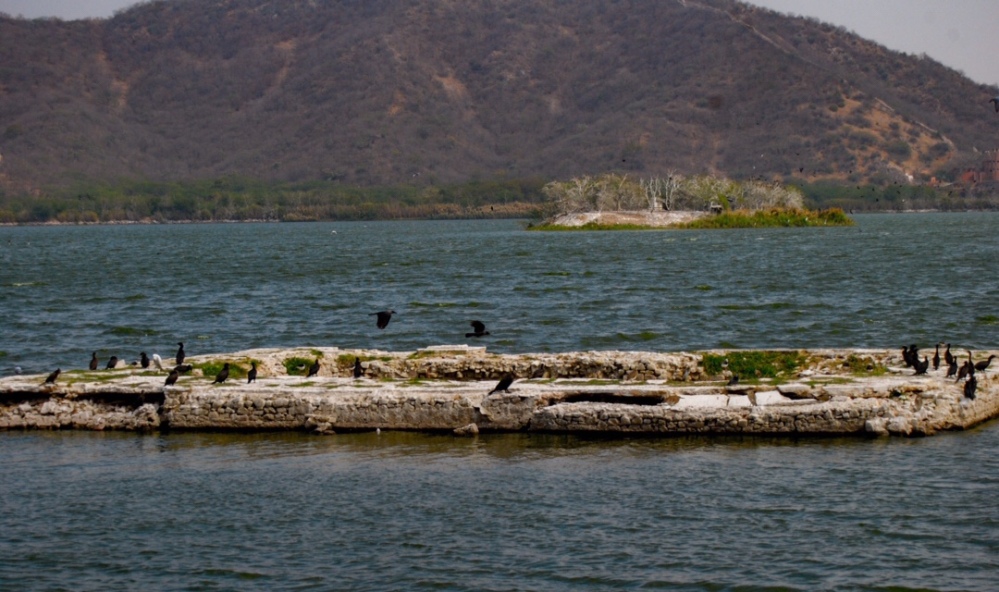 Hawa Mahal is very unique five storey palace with 953 small windows made by Raja Sawai Pratap Singh for royal ladies in his palace so that they can view the daily activities in the kingdom without been seen as they have custom of ‘parda.’

The temperature of palace always remain cool even in summer as it is made on scientific phenomena called venturi effect. 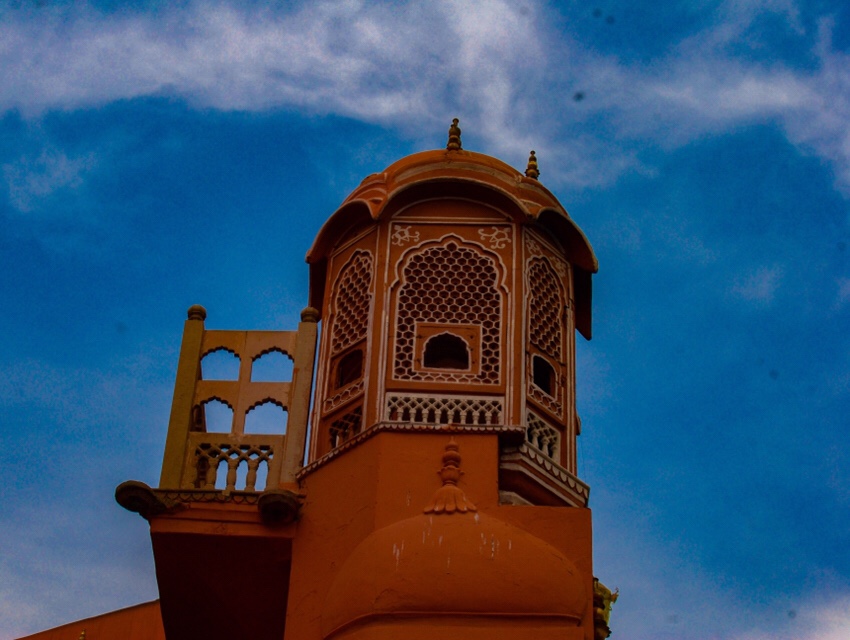 Tourist get confused when they see Hawa mahal from street and think what they seeing is front of palace but actually it is vice verse.

It is said Raja Sawai Pratap Singh was such a great devotee of Lord Krishna that the whole palace resembles the crown of lord Krishna. 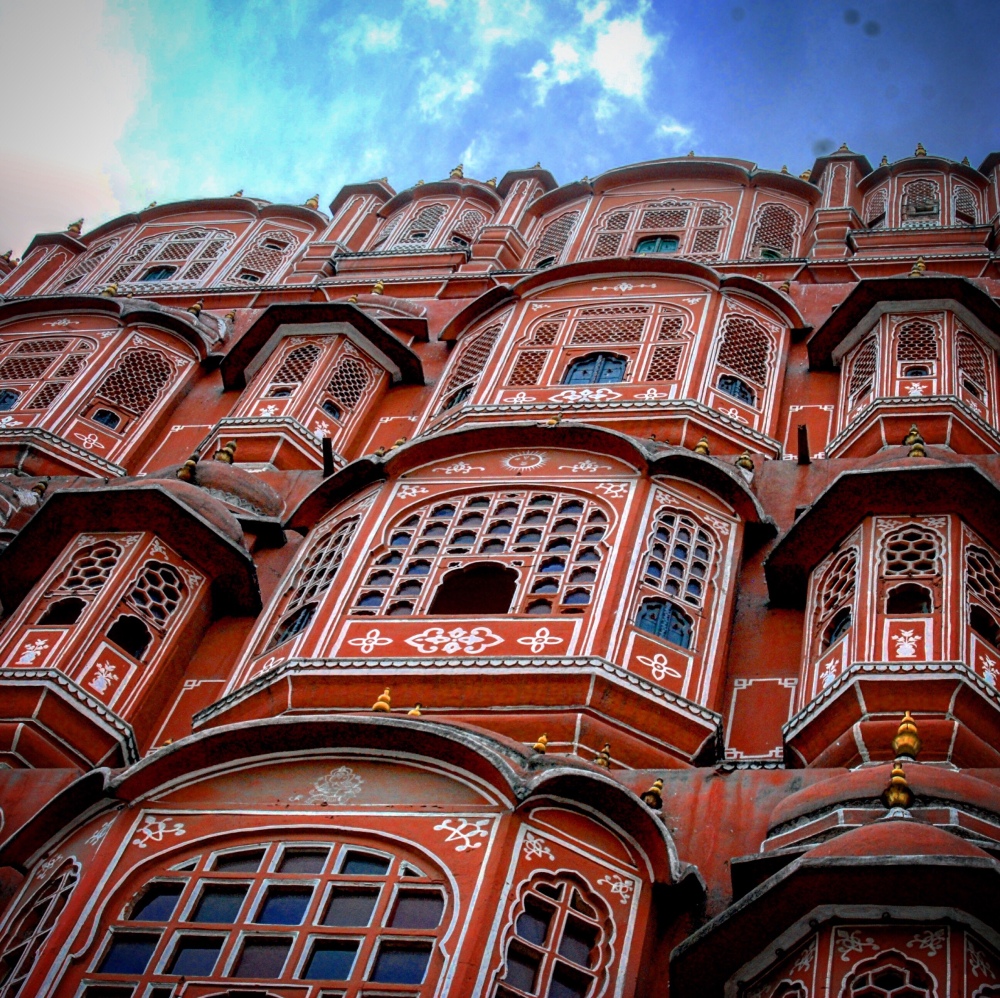 When you step inside Hawa Mahal, reach at the top floor through narrow passage of stairs and look through one of those 953 windows you will definitely gonna realise why Jaipur is called pink city, as it is said in 1876 Raja Sawai Ram Singh painted the whole city pink to impress the prince Albert who was on tour of India.

Choki Dhani can be one of the better place to settle down for dinner after a historical visit in Jaipur because it definitely gonna give you chance to understand and discuss the culture of Rajasthan.

Choki Dhani is based on the cultural theme of Rajasthan, the moment you enter the gate with Tilak and welcome drink it all starts representing the hospitality of Rajasthani people as they say “padharo maare desh“.

Inside there is big campus and every space in it have something to say, Camel ride, pottery, folk dance, sufi music, snake show, fire show, Haldi Ghati war idols, and many more to show.

Inside there is a market too where hand-made products are for sale and games for children to play.

After all this Rajasthani food in a royal style is perfect way to say good-bye to the last ray of sun and head to Delhi with a thought that for a while moving back to Rajput era was worth .

A day actually is not enough to see Jaipur there is lot to see, study and feel, with that thought I moved back to Delhi with the promise that I’ll return.

If you found this interesting then you can check out some more pictures of my Jaipur visit on my Instagram account https://www.instagram.com/h2manshu/